Whenever I tell people about my research, they ask whether I’m a doctor (the medical kind). My medical training is however limited to a first aid course I took years ago and I never actually meet any patients. I do however do research on the relationship between health, disability insurance and employment, using econometrics.

After studying econometrics, I decided to focus on health because of the huge impact it has on everyday life. In the Netherlands, approximately 13% of GDP is spent on healthcare, and 8% of the working population receive disability insurance (DI) benefits. Given these big numbers, there are many important questions, waiting to be answered. One way of doing so is by using the increasingly available microdata on employment and health. In the remainder of this article, I’ll discuss two examples in which econometrics is used to deepen our understanding of the relationship between health, disability insurance and employment.

We decompose the gap in DI risk by combining linear regressions and a difference-in-difference framework. The following table shows the effect of subsequently shutting the 4 mechanisms down. Financial incentives for the employer and the labour market prospects of workers explain 80% of the gap in DI risk. This thus implies that changes to the DI system and job search assistance programs could have a large effect on the inflow into DI of workers with temporary contracts.

The second example focuses on people who receive DI benefits. The majority of them suffer from mental health problems and are expected to recover at some point in the future. Outflow rates are however diminishable: once someone receives DI benefits, they continue to do so until retirement, and thus never return to fulltime work. This raises the question to what extent the DI benefits stop people from returning to the workforce. Ideally, we would thus compare the response to recovery of people with and without DI benefits, who are identical in every other aspect. Unfortunately, the fact that people receive DI benefits by definition implies that they are different than those who do not receive DI benefits. To complicate the problem further, data on health recovery is not available. To circumvent these problems, we apply a difference-in-difference framework in which we compare applicants just above the DI benefit threshold (those with a loss in earnings-capacity between 40 and 50 percent) to rejected applicants just below this threshold (with a loss in earnings-capacity between 20 and 30 percent) and we proxy for recovery by using the end of mental healthcare treatment. The following figure summarizes our results. 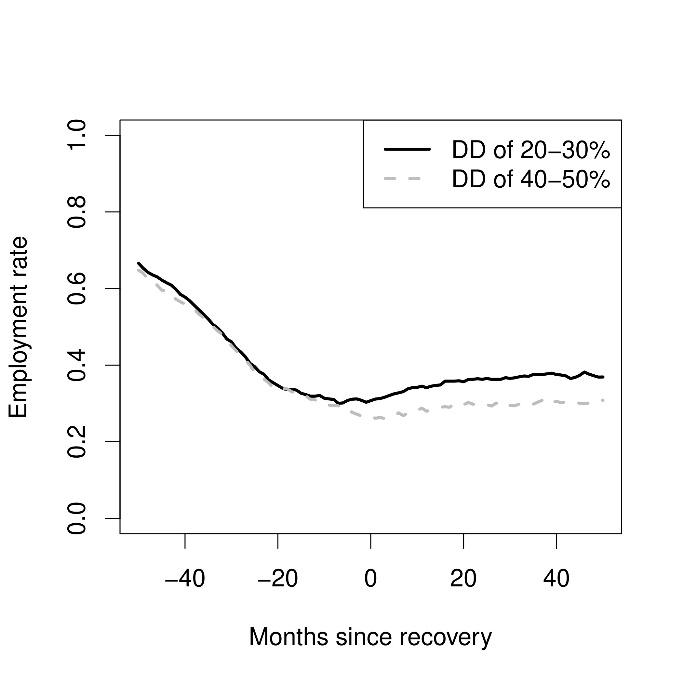 Both groups follow the same trend prior to the end of treatment, and diverge afterwards. We show that DI benefits absorb approximately 25% of the response to the end of treatment, which is sizeable given the partial nature of these benefits. Furthermore, through the unique data we have on loss in earnings-capacity, we can also estimate a structural labor supply model which shows that the DI benefits could absorb as much as 50% of the response in case of full recovery. Using the structural labor supply model, we show that changes to the DI system would significantly decrease the disincentives to return to the workforce upon recovery.

These examples show how large datasets can be used to obtain insights into the complex relationship between health, employment and DI benefits by using various econometric estimation techniques. Of course, there are many other unanswered questions waiting for future econometricians. 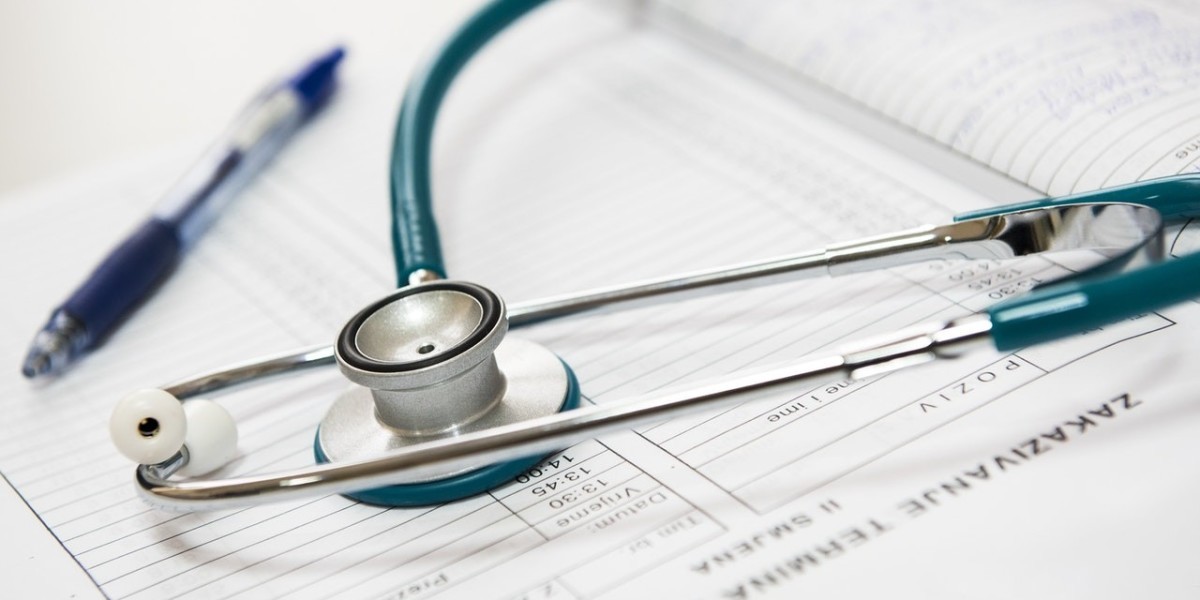