During preparation of the Diversity & Development Day, several COVID scenarios had been considered, and eventually it became clear that the complete online alternative was necessary. But even then, our chairwoman, Mirte Pruppers, started off with an inspiring talk about looking at the bright side of the situation. This set the tone for a successful online DDD; multiple speakers with diverse intriguing stories about their walks of life, workshops that achieved a lot of interactivity and 15 lightning rounds of speed dating.

“Even though it was an enjoyable talk, perhaps it was the most fun to see the committee struggle with Zoom when the name Jan Peter Balkenende entered the waiting room, and even more so when we accidently broke off his speech mid-sentence.”

The day started off with a talk of the ex Prime Minister of the Netherlands: Jan Peter Balkenende. He not only talked about his time in politics, but also everything else he has done, the path that led him there and his internal motivation. His talk was not only interesting and exciting to listen to, but also really down to earth. This led to an insight in “the man behind the president”, which meant we could listen to what led him to follow his passion and achieve all he has. Listening to how he spoke certainly made everyone understand what led him to his personal success in life. Even though it was an enjoyable talk, perhaps it was the most fun to see the committee struggle with Zoom when the name Jan Peter Balkenende entered the waiting room, and even more so when we accidently broke off his speech mid-sentence.

Next up were the workshops. Some participants went to improve the way they present themselves through a 45 second elevator pitch, and some went to diversity talks where they learned more about topics considering equality.

During the elevator pitch workshop, provided by Career Services, students were first run through the basics of an elevator pitch. Then they were given some examples and practised giving feedback. Finally, it was time for their own pitches. It was fun to see how different personal qualities were reflected in their respective pitches. The participants gave honest feedback and flattering compliments to their peers, which resulted in an overall useful workshop. Diversity talks brought topics like inclusion, diversity, equity and belonging to attention. They spoke about privileges and unconscious bias, and taught students how to contribute to an inclusive environment. At the end discussions were formed about these topics, and caused people to reflect on their own privileges and prejudice.

After the workshops it was time for the first speaker: Ron van Oijen of the “Actuarieel instituut”. Originally, his goal was to be a policeman, maybe even fly the helicopters. When he realised that the occupation of policeman would keep him in the Netherlands, he decided to study the actuarial profession, which eventually took him around the globe. He talked about the start of his studies at the UvA, but early on he found his way to the States where he continued his studies and started to work already. After finishing his studies back home, he went to America, Europe and mostly Asia. He spoke about the diversity between cultures and what intrigued him, how people could be brought closer together, and what we can learn from other cultures. An important message was about how combining people from different cultures you can achieve more and better results - diversity is vital for success. And even though he went from CEO to Chairman functions, which was not what he studied for, the actuarial profession brought him there.

“Listening to a speaker on Zoom instead of in a lecture hall does not change much. However, organizing a speed date event with nine different links from companies, ourselves and other external parties, is something different.”

For the second speakers we had multiple employees of EY focusing on the diversity within a workspace. First they talked about the benefits of putting together a team with different ethnicities and gender, and why we can achieve more together. Then after they discussed more about their own experiences regarding diversity on the work floor. This was done in a rather humorous way, asking each other the questions they already prepared to answer. It was really important and educative to consider looking at such a work floor from a diversity perspective, and then interesting to see what examples they have for us in their own company. On top of that, to raise general awareness that even the big organisations have strong attention for their employees.

Finally, it was time for the speed date round, which was the most ambitious part of the day, for the committee at least. Listening to a speaker on Zoom instead of in a lecture hall does not change much. However, organizing a speed date event with nine different links from companies, ourselves and other external parties, is something different. Certainly when the students ought to switch at five minute intervals. But nonetheless, the students were able to talk to all the companies present. There was a CV check for those who requested it, solicitation tips, a LinkedIn guide, and a personality test. The given five minutes was a bit tight, but at least that ensured there was no time for awkward silences!

The 31th of March students were shown new insights to their future. From goals, motivation and will to equity, privilege and how to succeed through diversifying a team. New skills were taught and for the first-years, this was even the first time they could talk to companies! The same schedule as last year was used, which meant the same activities were implemented as would be in a physical event, which was received well by the students. I hope I speak for everyone when I deem the DDD, from the comfort of your own home, a thriving success. 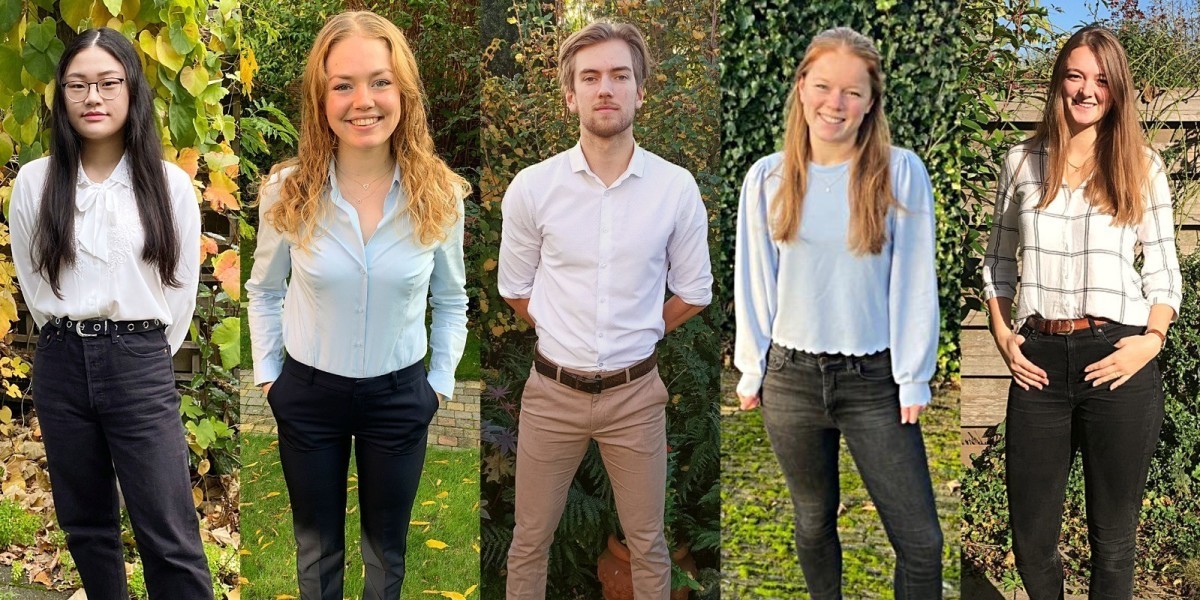